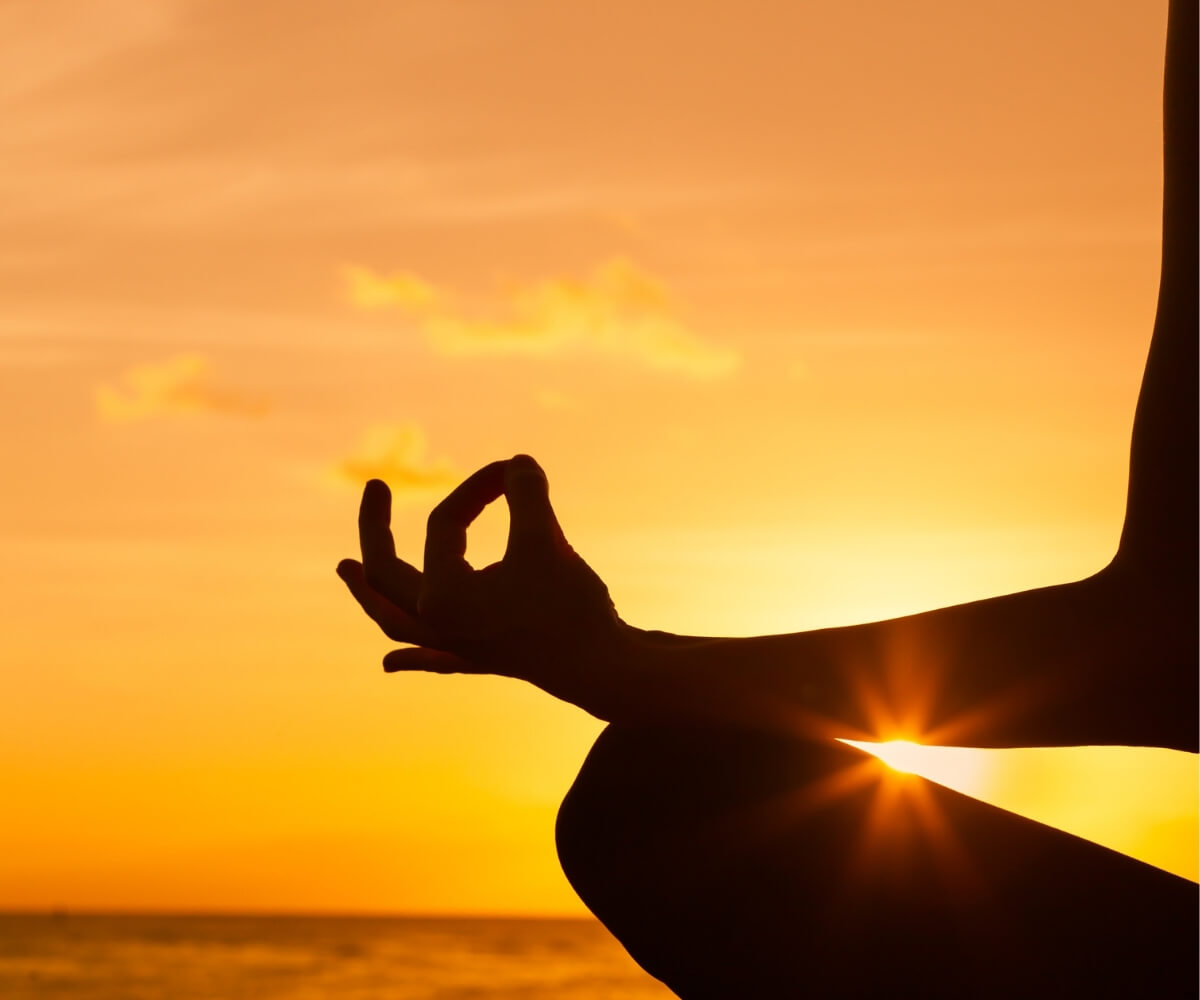 The common misconception about meditation is that it is a one-hit-wonder, that doing it once will give all the benefits it is supposed to provide. It is quite the opposite in its working.

This is where the question of doing meditation as a habit arises. Believe it or not, the basics behind developing a practice lies in psychology and science along with some handy tips.

One of the first things to know about habits is how they are useful to us and came to be. As humans, there are multiple tasks that we perform various times daily. These tasks have been done so often that the mind understands that it cannot afford to put the daily effort in actively doing these tasks.

Instead, the mind tries to save energy by making a habit loop out of the task. The brain’s pre-frontal cortex is involved in making a decision, processing the task, and finally doing the task. A habit loop reduces the effort and performs the same task without this complicated process and a much lower energy requirement. Research shows that 40% of our daily activities are habits.

Some instances of such tasks are brushing our teeth, showering, chewing, driving a car, and so on. These things we don’t even have to think about, the body does it. Hardly any of you notice how many times you chew or which side of the mouth you chew from. Even brushing, we don’t have to think about the process anymore; it just happens.

This is because these actions have been converted into habits, and thanks to this, you can multitask while chewing food, like watching your favourite sitcom or having a conversation. Habit loops are also the reason for your ability to think while you brush and plan for the day ahead. This is why habit loops came in and are so important. If one understands the science behind creating them, one can modify habit loops to give the best results.

How habit loops are formed

Habit loops are formed in the basal ganglia of the brain and takes a few days to develop. There is research that shows that it takes about 21 days for a habit loop to form. In these 21 days, the brain’s active involvement and decision-making by the pre-frontal cortex are required. However, after these 21 days, more activity is seen in the basal ganglia as it takes over to continue performing the task as a habit loop. There is little to no involvement from the other parts of the brain to achieve the said task.

Habits are referred to as habit loops because they are made up of three significant events that occur chronologically and form a cycle until modified or stopped. These three events are known as the “three Rs of habit change.”

Reminder: This is the event that initiates the habit loop; this could be a time, location, feeling, and so on.

Routine: This is the action that is carried out on initiation; like brushing your teeth, parking the car, and so on.

Reward: This is the result or the end product that reinforces the habit loop, like minty fresh breath after brushing, perfectly parked car, and such.

All habit loops are created to pursue a reward, so the reward becomes central to creating a new habit loop. It is the craving for the reward that generates the habit loop, to begin with. A figure that represents a habit loop is shown below.

Now that we know the three steps of habit formation, we can apply it in making meditation a habit. Let’s look at it stepwise and break it down to make the process simpler.

Step 1: Choosing a trigger for your new habit

Starting a new habit requires a trigger, which will be something to guide you in the beginning. Most people often use motivation, but that only goes so far. Motivation or will-power will eventually fade out and become inconsistent. By that time, it is necessary to create a trigger for your new habit. This will ensure consistency and trigger your basal ganglia to initiate the habit loop.

When it comes to choosing a trigger for a new habit, it is better to use an existing practice as a trigger. Since the current habit loop is already programmed and occurs every day, the new practice will be easier to program.

So, for meditation, you could use an existing habit like brushing your teeth as a trigger. As soon as you are done brushing your teeth, meditate for 5 minutes, and then continue with the rest of your day. This behaviour takes motivation out of the equation and makes this new habit a simple event that doesn’t require any energy to decide or start.

In the first few days, this may take some effort and active decision making, but soon after that, you would have made that 5 minutes of meditation a part of your routine.

Step 2: Following the routine consistently by making it easy and straightforward to follow

To begin any recent activity, making it easy and simple does the trick. It is a natural tendency to want to do too much, too soon. This is harder and may eventually lead to giving up before you even begin.

Hence, taking on small bites is the way to start. When you begin, set small goals for yourself. If you end up doing more, then nothing like it, but if not, at least you will know that you achieved your small goal.

The key to any new habit is consistency. The performance or achieving the goal is secondary, but doing the activity consistently is more important.

When it comes to meditation, doing small chunks every day is more beneficial than doing one large chunk on a single day. So, start small even if your final goal is more significant.

For instance, with meditation, if your final goal is to meditate for 20 minutes a day, then maybe set a goal of 2-5 minutes for the first few days. Start with this goal in mind and go as long as you can. If you end up meditating for 15-20 minutes, then that’s great; you are well on the way to achieve your final goal.

However, if you meditate for 2-5 minutes, then you still achieve that day’s goal and complete the routine that you wanted to start. Slowly increase the small goal period, and eventually, you will find yourself at the final goal.

Such is the benefit of focusing on consistency over performance. If someday you meditate for a shorter time, then don’t reprimand yourself. The fact that you stuck to your routine and meditated at all is more important. That is the approach to take while making meditation a habit.

The final step in the habit loop is rewarding yourself, and that reward should be instant. Humans are accustomed to instant gratification and hence, to reinforce this new habit, an instant reward is necessary.

Even if your new habit’s long-term benefits are plentiful and abundant, it is the instant reward that is going to make the difference in creating a habit loop.

Hence, a simple pat on the back or praise for yourself will make it more likely to form the habit. Another reward could be a small piece of your favourite chocolate or something else that you like. This will instantly release dopamine in your brain and reinforce the activity you just did by giving you a sense of achievement.

By repeating this routine-reward cycle, the habit loop will be formed and eventually, craving this reward; the routine will become a habit.

When you meditate for your desired duration for the day, praise yourself or ask a friend to monitor your meditation and send you an instant message praising you. This will be your reward and will create the dopamine surge.

Craving this reward and the subsequent, dopamine surge, you are more likely to go back to meditation the next day and the next until it becomes a habit loop.

Now, with the understanding of how habits came to be, how they function, and how they can be created, we are ready to make meditation a habit. One benefit of using guided meditation like our sessions is that the reward aspect of the habit loop, the praise, is embedded in our sessions. All you have to do is pick a trigger and time; a session you want to start with and start your journey to introducing this excellent meditation habit in your life.

Cleanse your mind and find your focus with Mindfulness